Operation Overlord was the most crucial operation of World War II. It was the stepping stone that gave us the ability to take back Europe from the Nazis. It consisted of five beach landings across the coast of France called: Omaha, Utah, Gold, Sword, and Juno Beaches near a city called Normandy. The Allies consisted of the Americans, British, and Canadians. The Axis Consisted of solely The Germans. The Allies suffered over 10,000 casualties, 5,000 of which are confirmed dead. The Axis suffered around 9,000 casualties. All of these wounded and dead took place all on one day. However, the invasion was not just beach landings. The invasion was also a number of Airborne landings behind the German lines the night prior to the landings as well. This was Operation Overlord, nicknamed D-Day, and because of this, we won the war. Because of its role in the war, it has become very popular. It has been the main idea in a number of movies, shows, and even games. Some of these are, Saving private Ryan, Call of Duty WW2, Medal of Honor, Band of Brothers, Etc. 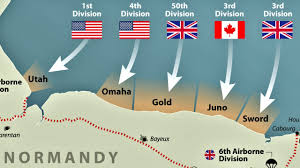 The planning of the invasion was very intricate and had taken a long time. Since 1942 the Americans were pressing Britain to attack, especially with the Battle of Stalingrad taking place at the time. We knew that giving Germany a two-front war would ultimately cripple them like it did in World War I, 30 years prior. Finally, in June of 1943 the threat of German U-Boats in the Atlantic diminished and cleared the way for planning the invasion of France. 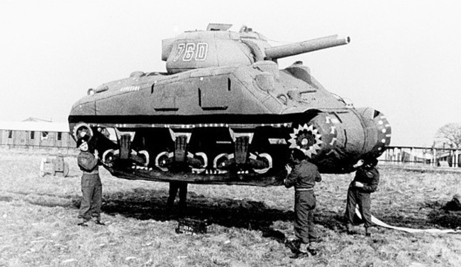 During the planning of the invasion, the allied forces did their best in deceiving the Germans. We placed inflatable tanks and aircraft in strategic areas where we knew they could see just to make them think we were going to invade from a different area than we actually were. This strategy of deception was originally thought up by the famous strategist and author of "The Art of War", Sun Tsu. This strategy worked very well and without it, we may have lost even more men than we did.